A visit to the workshop of Stephan Bleek 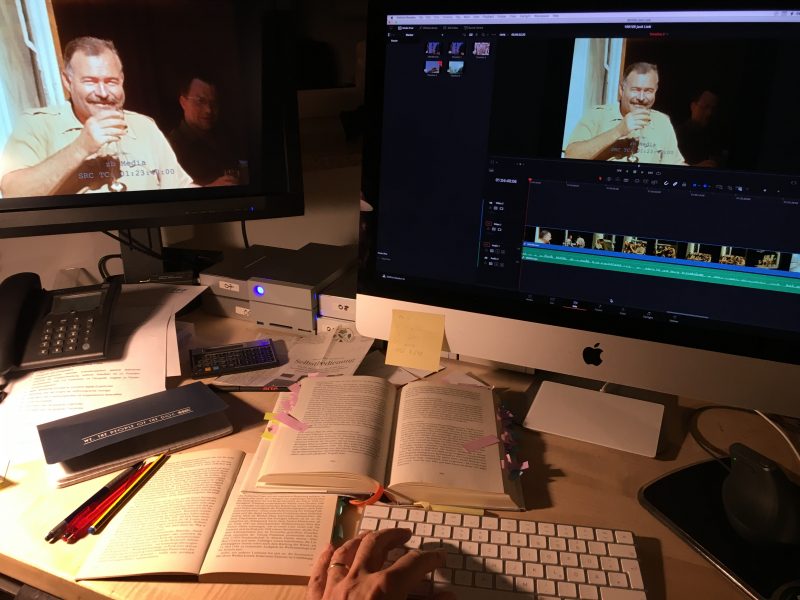 Evening activity during the preparation of a production. How do I create my story? How do I organize the work with your material? That means above all, taking many excerpts from specialist books on the story that is being worked on and putting them into a database program so that the statements and contents found are brought together in a structured way. The creative chaos is arranged step by step according to dramaturgical principles: Nudes, sequences, scenes, steps. Storylines, protagonists, antagonists…

If you are dealing with historical documentaries, then of course contact with the film archives is important. The research in the first original film reels, with which the structure of the film takes shape, is stimulating.

Here, on the archive film in my editing program, Ernest Hemingway (1944 in France) sends a hearty “Cheers” with a glass of whiskey – maybe this scene will appear in one of the next film projects?

Once the first ideas have matured into an exposé and a client – usually a television station – has been found, the phases of cost calculation, approval of budgets and possibly funded project development begin. I produce films with my production company zb Media, but I also work together with other companies. 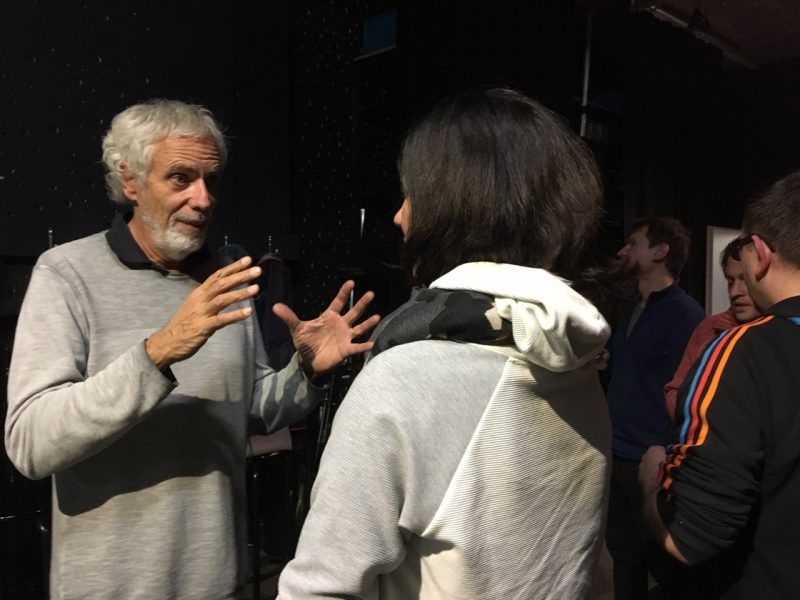 I came to television rather by chance – I was approached as a “history expert” when I still had a fellowship at the History Department of the University of Munich. Compared to the rather dusty experiences in historical archives and academic life, working in a mass medium was extremely exciting and stressful, especially when it came to contributions to the current program, which were sometimes finished minutes before they were broadcast.

I owe wonderful commissions to the editorial offices of the Bavarian Broadcasting Company, films about the art and culture of the Renaissance in Italy, about the Gothic in France or the films about landscapes in the south of France.

But also films on current political and historical topics, such as the film “Haus Herzenstod”, in which I was able to report on the writers of the GDR in 1991. The encounters with Erich Loest and others were among the most formative experiences of my professional career.

Working in the editorial department of the ARD talk show “Veranda” with Dagobert Lindlau in 1991 had a very similar effect. Dagobert Lindlau was an excellent journalist for whom independent personal opinion-forming was essential. His view of things was often quite different from the mainstream of his colleagues. The fact that he too was occasionally mistaken is not an argument against the fundamental principle of our work. “To distinguish what is true from what is untrue and what is important from what is unimportant.”

Last year I started working for the online magazine Eigenleben and supported this social project. It was a great honor to be nominated for the Grimme Online Award 2019, which the project has achieved.